on the morning of saturday, january 7th, 2017 at 39 weeks and 6 days pregnant, i woke up to a missed call and a voicemail from my OB. he explained that my urine analysis result from the prior day’s prenatal appointment showed high protein and paired with the slightly elevated blood pressure i had been having, he recommended i go to the birth center to have serial blood pressure monitoring “just to be safe.” he mentioned that there was a chance they would admit me for induction based on mild preeclampsia. i would be 40 weeks the following day and my induction was scheduled for the day after that, so it was a realistic chance.

i woke Eric up and played the voicemail for him. we started to get excited as we got ready for the day knowing the potential of this being the day. we prepped the house as if we weren’t going to be coming home until we had a baby in our arms. the car seat had been installed and our bags had been packed. we were ready!

on the way to the hospital i called ahead so they knew to be expecting me. the charge nurse informed me that she had already spoken to my OB and had looked over my obstetric history. upon arrival to the birth center, we were walked to a triage room for monitoring. as we waited my blood pressure was still consistently elevated and after a while, the computer monitor went yellow with small type in the center that read ADMIT PATIENT. i couldn’t believe this was happening. all the years we had waited, the heartbreak we had gone through and despite being full-term, i still couldn’t grasp we were finally having a baby. our baby.

my birth plan was simply to bring home a healthy baby. i wanted to go into this experience with an open mind, hoping to experience labor without pain intervention, but being completely open to it as well. i had never done this before and i had no idea what to expect, no matter how much research i had done. my plan was to make decisions in the moment as i went through the experience. working in the obstetrics and fetal field, i’ve seen too many women set themselves up to high expectations of exactly how they wanted their labors to be and unfortunately, labor is one of the most unpredictable events there is.

once we got to our labor suite, room 12, induction was started. i was 3cm dilated, 60% effaced & at a -2 station upon admission. we were initially told they would be breaking my bag of water within a few hours, but hours went by and we soon realized how slow the induction process might be. the first 12 hours not much happened. labor and delivery seemed to get quite busy and i think my nurse and the providers were tending to other patients. finally, at 2:00am on the 8th, they broke my bag of water. i was still just 2-3cm dilated and they hoped breaking my water would help things move along. over the next 2 hours my contractions sudden got incredibly intense. previously i had felt them, but they were not necessarily painful. they were coming on every 2-3 minutes and lasting a full minute, each time i had to focus and breathe through them. around 4:00am i talked to my nurse about pain options and she said she would call for the anesthesiologist to discuss an epidural.

the anesthesia resident and attending arrived and the room was set up for the epidural. they asked Eric to have a seat in the waiting room and they would get him when it was complete. with feet hanging off the side of the bed my nurse had me lean onto her. it seemed to be taking forever. the first attempt to insert the catheter in my spine had failed and the resident had to repeat it. i started to sweat, feel flush and get weak. i told the nurse i was not feeling well just before becoming unconscious. when i came to, there were people everywhere in the birth suite. my blood pressure had dropped extremely low. the sweet nurse was still grasping me as the epidural was finished and i was able to lay down. the baby was being monitored closely and was unfazed by the situation. by 5:00am, the epidural was done, i was stablizing and they let Eric back in who had no idea what had just taken place. part of me wished he had been there and the other part of me was thankful he didn’t have to witness what had just happened. as i began to feel better, i realized the pain of the contractions were gone. Eric and i were told to get our rest while we could, so we both settled in to try to get some sleep.

7:00am was shift change and shortly after starting her shift the new nurse came in. i was feeling so rested from just 2 hours of sleep, but definitely woke up feeling some pressure. i was checked and the nurse said “you’re complete, it’s time to start pushing!” i immediately shot a look at Eric. wait, what?! we had been told multiple times that our baby would most likely come later that day, yet somehow during a 2 hour nap my body had gone from zero to sixty. this was happening and it was happening right now.

the nurse wasted no time in setting up the bed and calling other staff into the room to assist. with my heels in the nurses hands i began pushing with each contraction. at this point i was beyond thankful i had gotten the epidural. it actually made the experience enjoyable for me. this was nothing like i had expected. with Eric by my side and the nurse giving me affirmations of what a great job i was doing, things happened so fast. the resident and attending arrived and jumped in as baby’s head was presenting. the attending was impressed with the full range of motion i had and said she only got to offer this to a few patients a year, but wanted to know if i desired to deliver the baby myself. i was eager at the opportunity. after just thirty-some minutes of pushing during contractions, our baby boy’s shoulders presented, i reached down and delivered him up onto my chest! i cut the cord since Eric did not want to, then they let me have almost an hour of skin to skin while the placenta was delivered and i was stitched up. holding our baby boy on my chest for the first time was absolutely surreal and emotions swept over both Eric and myself bringing us to tears. the emotions in those moments simply cannot be described.

after they took lochlan to be checked i began shaking uncontrollably. my vitals were checked and despite shivering as if i were freezing, i had a fever of 101. they kept me in the birth suite until i could stop shaking enough to hold lochlan while they wheeled me up to our postpartum room. lochlan’s temperature was lower than they wanted to see so he laid in a special bed to warm up while i tried to fight a fever. after a few hours of being out of it and unable to hold lochlan, i talked the nurse into letting me do some skin to skin and nurse him in hopes my warmth would get his temperature up and he’d help my temperature come down. within a short time, we were both stable. lochlan had a large hematoma on his head most likely from me being complete and ready to push during my 2 hour nap and not being checked. we were given the good news that it was of no concern and would resolve on it’s own eventually.

those first 4+ hours after lochlan was born were such a blur and the next 2 days in the hospital were such a whirlwind. i was anxious to bring our baby boy home.

when i look back at lochlan’s birth i am so overjoyed with the experience. i am so focused on how beautiful labor and his birth were that i can easily forget the complications and things that were not ideal because i got to welcome this perfect baby boy into the world. i’m so happy with my decision to get the epidural, despite me hoping not to prenatally, because it let me enjoy the experience so much. when i think about pushing, the room was so calm and between contractions the environment was so casual. i’m so happy that lochlan came quickly, he clearly knew how long we had waited to meet him.

i can’t believe he gets to be ours forever.

There was an error retrieving images from Instagram. An attempt will be remade in a few minutes. 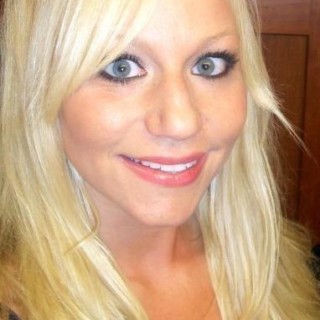